People who do terrorism are called terrorists. The foundation of modern terrorism is the work of Sergey Nechayev , a Russian radical who developed strategies for carrying out terrorism. It also include politics. It is difficult to explain terrorism. Terrorism has no official criminal law definition at the international level.

Common definitions of terrorism refer to violent acts which are intended to create fear terror. They may be done for a religious , political , or ideological goal, and uses illegal violence. The use of similar tactics by criminal gangs is not usually called terrorism. The same actions may be called terrorism when done by a politically motivated group. There are over definitions of "terrorism". In fact, I just flew out of San Jose this morning and witnessed a performance of security theater so masochistic and absurd that, given our ongoing discussion, it seemed too good to be true.

I knew this proposal would be controversial, but I seriously underestimated how inflamed the response would be. Had I worked for a newspaper or a university, I could well have lost my job over it. The Department of Homeland Security is getting rid of the color-coded threat level system.

How to write essay on Terrorism for BA and BSc Students.

Except that it never did. Attacks happened more often when the level was yellow "significant risk" than when it was orange "high risk".

A heavily edited version of this essay appeared in the New York Daily News. Securing the Washington Monument from terrorism has turned out to be a surprisingly difficult job. The concrete fence around the building protects it from attacking vehicles, but there's no visually appealing way to house the airport-level security mechanisms the National Park Service has decided are a must for visitors. It is considering several options, but I think we should close the monument entirely. Let it stand, empty and inaccessible, as a monument to our fears.

As the details of the Times Square car bomb attempt emerge in the wake of Faisal Shahzad's arrest Monday night, one thing has already been made clear: Terrorism is fairly easy.


All you need is a gun or a bomb, and a crowded target. Guns are easy to buy. Bombs are easy to make. In the wake of Saturday's failed Times Square car bombing, it's natural to ask how we can prevent this sort of thing from happening again. The answer is stop focusing on the specifics of what actually happened, and instead think about the threat in general. People intent on preventing a Moscow-style terrorist attack against the New York subway system are proposing a range of expensive new underground security measures, some temporary and some permanent.

They should save their money -- and instead invest every penny they're considering pouring into new technologies into intelligence and old-fashioned policing.

Intensifying security at specific stations only works against terrorists who aren't smart enough to move to another station. Cameras are useful only if all the stars align: The terrorists happen to walk into the frame, the video feeds are being watched in real time and the police can respond quickly enough to be effective.

President Obama in his speech last week rightly focused on fixing the intelligence failures that resulted in Umar Farouk Abdulmutallab being ignored, rather than on technologies targeted at the details of his underwear-bomb plot. But while Obama's instincts are right, reforming intelligence for this new century and its new threats is a more difficult task than he might like. We don't need new technologies, new laws, new bureaucratic overlords, or - for heaven's sake - new agencies.

What prevents information sharing among intelligence organizations is the culture of the generation that built those organizations. In the headlong rush to "fix" security after the Underwear Bomber's unsuccessful Christmas Day attack, there's far too little discussion about what worked and what didn't, and what will and will not make us safer in the future.

The security checkpoints worked. Because we screen for obvious bombs, Umar Farouk Abdulmutallab -- or, more precisely, whoever built the bomb -- had to construct a far less reliable bomb than he would have otherwise. Instead of using a timer or a plunger or a reliable detonation mechanism, as would any commercial user of PETN, he had to resort to an ad hoc and much more inefficient homebrew mechanism: one involving a syringe and 20 minutes in the lavatory and we don't know exactly what else.

The Underwear Bomber failed. And our reaction to the failed plot is failing as well, by focusing on the specifics of this made-for-a-movie plot rather than the broad threat. 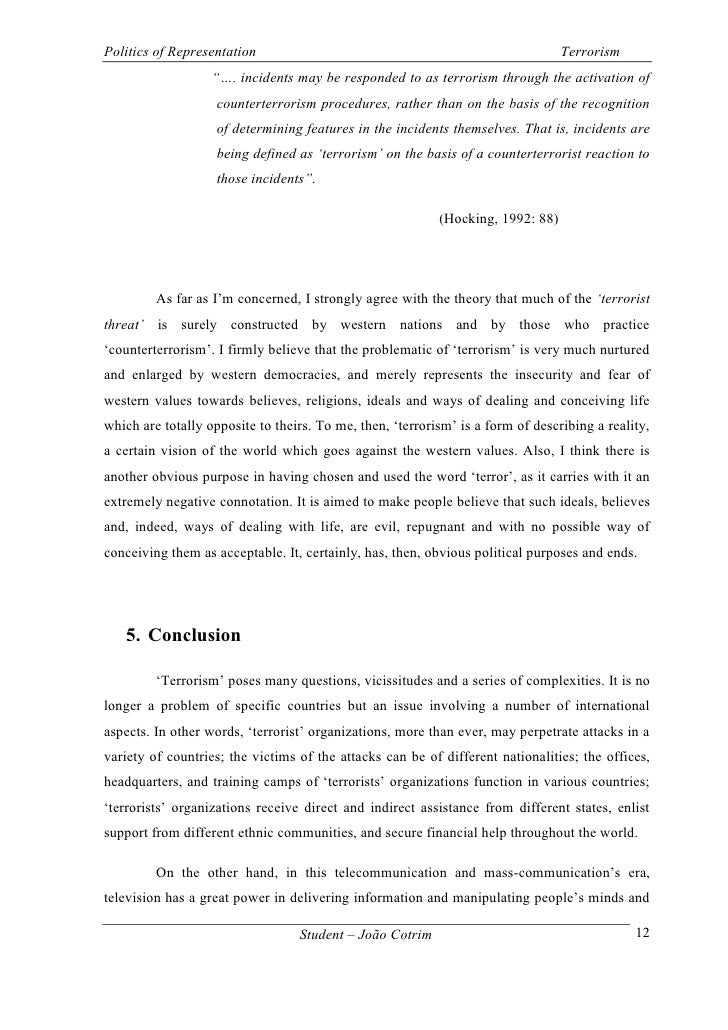 While our reaction is predictable, it's not going to make us safer. We're going to beef up airport security, because Umar Farouk AbdulMutallab allegedly snuck a bomb through a security checkpoint. There are two kinds of profiling. There's behavioral profiling based on how someone acts, and there's automatic profiling based on name, nationality, method of ticket purchase, and so on.

The first one can be effective, but is very hard to do right. The second one makes us all less safe. Last week's attempted terror attack on an airplane heading from Amsterdam to Detroit has given rise to a bunch of familiar questions. How did the explosives get past security screening? What steps could be taken to avert similar attacks? Why wasn't there an air marshal on the flight? Terrorism is rare, far rarer than many people think. It's rare because very few people want to commit acts of terrorism, and executing a terrorist plot is much harder than television makes it appear.

The best defences against terrorism are largely invisible: investigation, intelligence, and emergency response. But even these are less effective at keeping us safe than our social and political policies, both at home and abroad. To hear the media tell it, the United States suffered a major cyberattack last week. Stories were everywhere. North Korea was blamed. A couple of years ago, the Department of Homeland Security hired a bunch of science fiction writers to come in for a day and think of ways terrorists could attack America.

I discounted the exercise at the time, calling it "embarrassing. Terrorists attacking our food supply is a nightmare scenario that has been given new life during the recent swine flu outbreak. Although it seems easy to do, understanding why it hasn't happened is important.

GR Dalziel, at the Nanyang Technological University in Singapore, has written a report chronicling every confirmed case of malicious food contamination in the world since cases in all, plus additional unconfirmed cases. What he found demonstrates the reality of terrorist food attacks. It regularly comes as a surprise to people that our own infrastructure can be used against us. And in the wake of terrorist attacks or plots, there are fear-induced calls to ban, disrupt or control that infrastructure.

According to officials investigating the Mumbai attacks, the terrorists used images from Google Earth to help learn their way around. It's not true that no one worries about terrorists attacking chemical plants. It's just that our politics seem to leave us unable to deal with the threat. Toxins such as ammonia, chlorine, propane and flammable mixtures are being produced or stored as a result of legitimate industrial processes. Chlorine gas is particularly toxic; in addition to bombing a plant, someone could hijack a chlorine truck or blow up a railcar.

Most counterterrorism policies fail, not because of tactical problems, but because of a fundamental misunderstanding of what motivates terrorists in the first place. If we're ever going to defeat terrorism, we need to understand what drives people to become terrorists in the first place. Conventional wisdom holds that terrorism is inherently political, and that people become terrorists for political reasons.

This is the "strategic" model of terrorism, and it's basically an economic model. We spend far more effort defending our countries against specific movie-plot threats, rather than the real, broad threats. Both the UK and the US fear terrorists with small bottles of liquid. Our imaginations run wild with vivid specific threats. We've opened up a new front on the war on terror.

It's an attack on the unique, the unorthodox, the unexpected. It's a war on different. If you act different, you might find yourself investigated, questioned and even arrested -- even if you did nothing wrong, and had no intention of doing anything wrong. It's not true that no one worries about terrorists attacking chemical plants, it's just that our politics seem to leave us unable to deal with the threat.

Toxins such as ammonia, chlorine, propane and flammable mixtures are constantly being produced or stored in the United States as a result of legitimate industrial processes. Phosgene is even more dangerous. Two people are sitting in a room together: an experimenter and a subject. The experimenter gets up and closes the door, and the room becomes quieter. The subject is likely to believe that the experimenter's purpose in closing the door was to make the room quieter. The recently publicized terrorist plot to blow up John F.